Massage and Spa in Berlin-Mitte

Visit me and enjoy a soothing massage.

I am happy to receive you in my stylishly furnished massage room in the monbijou hotel berlin at Monbijouplatz 1.

My name is Vicky,

Born in Thailand, I have been living in Berlin for many years now. I speak German, English and of course Thai.

In 2016, I completed my training as a certified Thai masseuse at the renowned Suranaree Thai Massage Spa School in Thailand.

Even after my education, I continue to train in order to be able to offer my clients the best possible massage.

Are you looking for a break from stressful everyday life and simply want a relaxing massage?

Visit me at Monbijouplatz 1 and treat yourself to the relaxation you deserve.

You have the choice of a relaxing oil massage, also with aromatic oil, a deep tissue massage to stimulate your deep tissue or a Hawaiian Lomi Lomi massage.

A gentle massage with oil is a wonderful and relaxing experience. An oil massage is based on methods of Ayurvedic healing and classical Thai massage. Its holistic approach ensures that you reduce mental stress and your body is cleansed of harmful fibre.

With the help of a vitalising aromatic oil, I massage in uniform movements along the tense and strained muscles and tendons. The oil massage works in many ways. The oil reaches the organism not only through the nose, but also through your skin, where it unfolds its comprehensive effect. The balanced massage rhythm and the aromas activate your immune system and strengthen your defence and self-healing powers.

Enjoy this comprehensive and beneficial relaxation in a quiet atmosphere and with contemplative musical sounds. Simply switch off from everyday life and treat yourself to something good for body and soul.

Enjoy an absolutely relaxing aromatic oil massage for which I use only high-quality oils.

Your body and mind will experience deep relaxation through the combination of high-quality aromatic oils and my massage.

The beneficial effects of aromas were already known in ancient Egypt. What are you waiting for? Call me and make an appointment for an aromatic oil massage today.

Deep Tissue Massage is a relatively new massage technique compared to classical Thai massages. It is also called deep tissue massage and was developed in the 1920s. A deep tissue massage stimulates the connective tissue to activate and improve your musculoskeletal system.

I massage along the muscle cords, applying gentle pressure to the tissue, fascia and muscle fibres. Through the targeted stimulation of the deep-lying tissue layers, chronic pain is relieved, blockages are released and healing processes are stimulated.

A Deep Tissue Massage is a holistic experience for body and mind. Stress and tension are released. Just let yourself go and enjoy its soothing effect in a relaxed ambience.

What is the Hawaiian Lomi-Lomi massage? When performing a lomi lomi massage, I use my palms, forearms, fingers, knuckles, elbows, knees and/or feet to provide kneading, soothing touches. Unlike Swedish massage, Lomi Lomi massage therapy often works on several parts of the body at once, maximising relaxation and stress relief.

Lomi-Lomi became famous around the world through Hawaiian tourism, but is also a traditional practice on the neighbouring Polynesian islands of Tahiti, French Polynesia, Samoa and Tokelau.

Call me today to talk about your goals or an appointment with me. Contact me now!

Visit me centrally located in Berlin-Mitte, just a minute’s walk from the Hackescher Markt S-Bahn station. 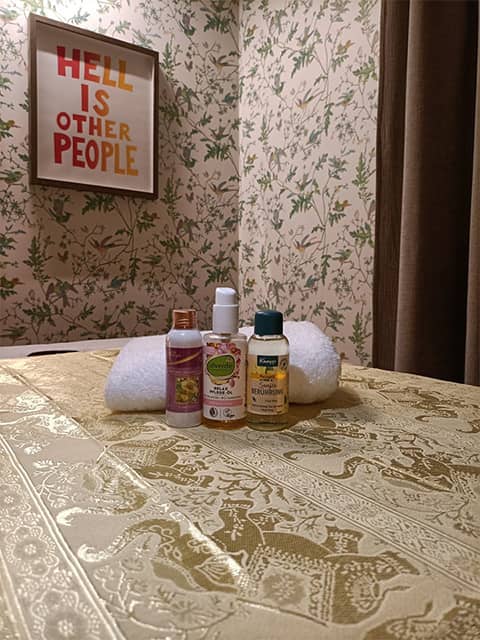 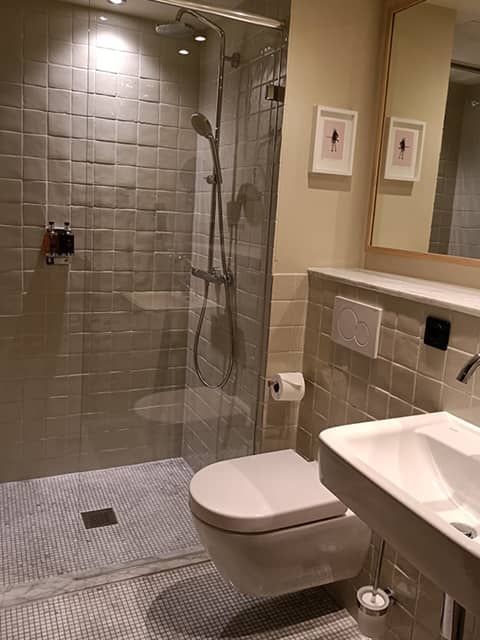 A good massage naturally requires a silvolles ambience and cleanliness, both of which are given in our beautiful spa. Visit me in my massage room at the monbijou hotel berlin and let yourself be pampered with a soothing massage.

shower after the soothing massage

Hygiene is a top priority

You will find me not far from Alexanderplatz and only one minute from the Hackescher Markt S-Bahn station.

Please feel free to visit me during opening hours. However, I recommend that you make an appointment by phone.